Frontal fibrosing alopecia: what is it and how to cure it

Frontal fibrosing alopecia is a type of baldness that mainly affects women -although it can affect men, too- before and after menopause. It is an increasingly common illness whose causes however are not clear: in fact, many women who ask about the price of a hair transplant in Turkey, are actually patients being treated of this disease.

Although hair loss affects aesthetically both men and women, it´s in women where this physical change affects their image much more, having deep consequences for their psychic and emotional health or in their social life. That is why in the following lines we will address all the known aspects about this disease, and also its causes and treatments available.

What is FFA (Frontal Fibrosing Alopecia)?

Frontal fibrosing alopecia is a type of alopecia that causes a progressive hair loss in the front part of the head, making the line of the forehead retracting more and more. In this disease, hair loss is provoked by an inflammation caused by the immune system, that ends up damaging the follicles and destroying them in an irreversible way.

So, do I have frontal fibrosing alopecia? How can I know it? There are several signs typical from this illness. Although hair loss is manifested in a form of band-like alopecia that mainly occurs in the frontotemporal zone, there are common symptoms such as a progressive loss of eyebrows hair, the appearance of redness or pimples on the face, or lumps or veins marked on the forehead. It can also cause hair loss in other areas of the body, such as the neck or armpits.

How common is frontal fibrosing alopecia? In fact, although the number cases has been increasing in the last years, it´s still considered a rare disease. 95% of cases correspond to women, especially once menopause has started after 50 years old, although cases of premenopausal women are becoming more frequent. Medical studies have documented several cases in patients that were men, too.

Causes of this type of female baldness are not clear, and they are still being studied by science. Some studies link frontal fibrosing alopecia to an autoimmune mechanism triggered by the hormonal changes caused by menopause, that makes body to attack follicles and damage them. This theory could be confirmed by the fact that women who have undergone a hysterectomy are also more susceptible to this illness.

Other theories, however, link this illness with the diseases that typically affect the scalp, and studies indicate that in fact its symptoms are almost similar to those of lichen planus; therefore, many experts consider fibrosing frontal alopecia as a type of scarring alopecia, since lost hair is also replaced by a scar.

The genetic factor must also be taken into consideration: it has been proven that there is a genetic predisposition in patients who suffer from this type of alopecia: for example, many cases have been documented where mothers had suffered from fibrosing frontal alopecia, and years later their daughters also suffered from it in the mature age.

Finally, this disease it can also be triggered by other pathologies of autoimmune origin, such as hypothyroidism, while many researchers do not rule out that certain environmental factors can have an influence on its appearance. In summary, it is clear that there are still many things that we don´t know about this disease, so we have to wait for the studies that are being carried out to offer new answers in the coming years.

Does frontal fibrosing alopecia have a cure?

Since we are talking about a rare disease that still has many unknowns, currently there is no cure or specific treatment for it, and efforts rather are focused on treatments and medications that may slow or stop the progression of the disease, as frontal fibrosing alopecia generally does not burn out by itself.

Then, can frontal fibrosing alopecia be stopped? Yes, but an early detection is key to start an appropriate treatment and minimize damages to the follicles. Diagnosis may require a skin biopsy or analyze the thyroid gland. To address hormonal factors, medications such as dutasteride or finasteride can be used combined with anti-inflammatory or topical treatments with minoxidil, or hair mesotherapy injecting triamcinolone into the scalp.

New treatments for frontal fibrosing alopecia may arise in the coming years, but meanwhile in most cases a proper treatment to stop the progress of the disease, combined with a female hair transplant in Turkey to address the aesthetic problems in those areas where hair loss has become irreversible, are the best available option. At Clinicana we have the best professionals and equipment to perform any hair treatment: contact us and we´ll be glad to help you. 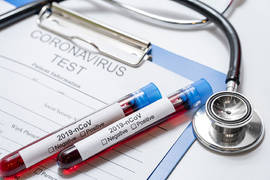 Are coronavirus and alopecia related each other? 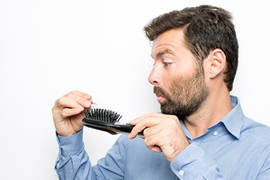