What does survival of follicles depend on?

Survival of follicles is vital to the success of any hair transplant procedure. It doesn’t matter if the donor area is of quality or if the most modern techniques are used: if you do not take the utmost care so that the survival rate of transplanted follicles is the maximum possible, the patient will not obtain the desired results and the operation could be considered a failure.

Advances in technology and transplantation techniques, as well as the attractive price that hair transplants have in Turkey, have made this type of operation increasingly in demand thanks to its excellent results.

However, a simple search on the Internet will provide several testimonials of patients not happy with hair transplant results just because their hair surgery has not been as successful as expected and many of the transplanted follicles are not growing. What lies behind these cases? What are the influencing factors? Is it a problem attributable to the patient itself or, on the contrary, is it a consequence of errors by the medical team that performs the transplant?

What are the reasons for follicles not growing?

There are many factors that influence in the survival of grafts and that can make follicles not grow after a hair transplant; so many that it would be difficult to explain them all. Some of them are quite obvious, such as the good condition of the receiving area; but there are many more. Let's explain some of the most important ones:

As we have just said, this is one of the main factors that will determine the success of the operation: it is very important that the area where we are going to implant the follicles is free of infections, that the tissue is healthy and that the area has sufficient irrigation to ensure that the new follicles will receive all the nutrients they need.

It is vital that each follicle extracted from the donor area is treated with the utmost care, avoiding stretching, bending, crushing or cutting: this is where the experience and skill of the medical team in charge of the operation becomes more relevant. It is estimated that a slight and simple impact on a bulb can decrease its follicle growth rate up to 64%.

As soon as the follicle is removed from the donor area, it is very important to keep it, until its implantation, in a preservative solution, which can be based on saline, Ringer's lactate solution, HypoThermosol, etc.

Use of Platalet Rich Plasma (PRP):

The advantages of using platelet-rich plasma (PRP), despite its cost and the complexity of the process, have been demonstrated by science, which has shown the benefits of immersing follicles in this solution, rich in growth factors. There are studies confirming that an immersion of follicles for just 15 minutes in PRP, increases their survival rate by 15%. PRP also stimulates healing processes.

It is estimated that just 3 minutes after its extraction from donor area, follicles begin to deteriorate due to dehydration, which will affect their survival and growth; for this reason, it is vital to constantly monitor the condition of the extracted follicles and implant them as soon as possible in the receiving area. Curiously, it has been found that the deterioration is greater in follicles that contain only one hair.

Time outside the body:

Linked to the aforementioned factor, several scientific studies have confirmed that the longer extracted follicles spend outside the body, the lower their probability of survival is: after 2 hours their survival is around 95%; but after 48 hours, it will not exceed 54%.

The density influences survival degree of implanted follicles. It has been proven that when density is greater than 50 implanted follicles per square centimetre, their survival rate decreases considerably due to a phenomenon called ischemia-reperfusion injury (IRI): that is, cellular damage caused by lack of irrigation and oxygenation.

Temperature is another factor to take into account, since cold protects follicles. It is considered that the adequate temperature at which follicles must be maintained during a transplant so that they can be viable and have a high probability of survival, is 4ºC.

How long until FUE grafts are secure?

After considering the main factors that influence follicles survival after a FUE hair transplant, the next question is: once implanted in the recipient area, how long does it take until we can say that the follicles are safe and that they have survived the FUE transplant? We can say that, after 10-15 days, the transplanted follicles are considered viable and well established.

Even so, it is important to follow a series of recommendations to minimise the risk of infection or injury for the transplanted follicles; for example, until two weeks have passed - and preferably one month - after the operation, we should not go swimming or wear a helmet or a hat. After 10 days, however, we can wash our hair - gently - and practice sports in a moderate way, with no contact or excessive sweating.

What else affects the survival of follicles?

Every day new techniques, procedures and products appear that help to survival of follicles in a hair transplant; however, a key factor for this is count on a medical team with enough skills and experience to perform an operation of this kind. Clinicana is the best hair transplant clinic in Turkey, and we have a highly reputed hair surgeon in our team: request a free online consultation, and ask us for a free, no obligation estimate. Time to get your hair back! 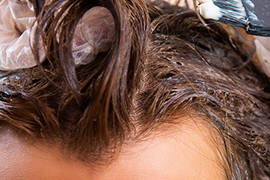 Dying your hair after a hair transplant... Is it possible?

Are hair fibres a solution for hair loss?
Subscribe our newsletter to stay updated.
You might also read