When extraction technique was applied as a hair transplant technique, extracting follicles and implanting them was done using simple manual tools. Later on, the procedure was accelerated by introducing a machine known as "micro motor", which allows doctors to transplant more follicles by improving the extraction process, but has many disadvantages. Therefore, currently a new technique has been introduced using the Choi Pen in hair transplants.

What is a Choi Pen, and how does it work?

The idea of the Choi pen originated first at the Kyungpook National University in Korea; the idea behind this technique is simple: to combine in one process making channel incision dots in the recipient area and implanting the extracted follicles. Choi implanter is a pen-like device with a hollow needle at the tip of it, connected with a tube and a plunger.

This process is then repeated to implant one follicle each time. During a typical transplant procedure, the doctor performing the procedure and the medical team working with him use about 6 Choi pens alternately to get the best result in a timely manner. Each of these implanters is equipped with various sizes of needles to fit single, double and triple hair follicle units. Hair transplant with FUE vs DHI

The biggest difference in the DHI hair transplant method is the implantation process. In the DHI method, the opening new places for hair and the process of implanting grafts takes place at the same time. Therefore, this method is ideal for people who want to change the density of their existing hair. In addition, this method involves shaving only of the donor area, so it can represent a better option for people with long hair or women.

As a result, doctors can now get higher rate of healthy follicles that stay viable and produce healthy hair later on, after the hair transplant procedure. In addition, this technique reduces trauma, resulting in faster healing for patients. There is obviously a significant evidence of better aesthetic results, as follicles can be transplanted more accurately during the procedure.

What are the stages of the procedure?

The beginning of the procedure is the same for both techniques. At the very beginning of the process, local anaesthesia is used. It is the least comfortable part of the whole procedure, but it takes literally just a few minutes. After anaesthesia, hair follicles are collected. Hair follicles -or grafts- are limited: therefore, the skills and experience of the team performing the operation are very important, specially in young patients to avoid damaging the existing hair.

The donor area is usually in the back and the sides of the head. However, contrary to the traditional FUE technique, in the DHI method only the area where the hair will be collected is shaved. Then, once the grafts have been extracted, it's time to go back to the area where follicles will be implanted.

The next stage is different from the FUE technique. While using conventional FUE, first of all incisions for new bulbs are opened with sapphire blades, and once they are all opened then comes the implantation process, in the DHI method the opening of new channels and the hair transplantation takes place at the same time, thanks to the use of a special instrument known as Choi pen.

The shape of the new hairline is selected individually: in this way, patients have the guarantee that it will be perfectly adapted to their face, and that their new hair will have a natural look.

Before the surgery, during the consultation process, a hair line recommended by our specialists is drawn, and possible options for each patient are shown. Then, the patient decides about the area of ​​the transplant and the height of the first hairline.

When determining the area for a ​​hair transplantation, the position of the forehead muscles, the size of both the donor and the transplanted areas, as well as the type of hair, are taken into consideration by the doctor to provide the patient with the best result and a natural look for his/her new hair.

Why this new technique is better to increase hair density?

Using the Choi pen has also a major advantage to increase hair density, which is quite easy by implanting the follicles between the existing hairs. Many patients who are seeking a hair transplant as a hair loss treatment abandon the idea because the hair should be completely trimmed off before starting the hair transplant. This is necessary when using a micro motor to create the channel incisions before implanting the follicles.

These unique advantages of a transplant using a Choi implanter provides an exceptional benefit for beard and eyebrows transplant, too, as this technique gives the patient better aesthetic results in terms of density and appearance. But the most important thing is that it guarantees that there would be no scars on the face, since no incisions are created in the procedure.

Besides the aforementioned, the main advantages of using the DHI technique are the following:

Does the DHI hair transplant have any side effects or disadvantages?

According to the medical team of Clinicana, "there are no advantages or disadvantages; it's all about the tools that doctors use to carry out the hair transplant procedure. If you're good at using these tools, it will reflect on the procedure you're carrying out. Choi pen, Neograft, Artas and son on... all those techniques are just tools, you don't have to use any of these tools to get great results. You may use all these techniques and get bad results".

However, the main disadvantages of this method are:

Is this new method suitable for all patients?

According to hair transplant experts, not all people are ideal candidates for a hair transplant using Choi pens during the extraction stage. After creating this method in the Kyungpook National University in Korea, it began producing good results in Asian people with hair loss, and then became a popular method in Asian countries.

However, although hair transplant using Choi implanters have shown good results in Asian people, doctors have noticed less success in other races. Experts have studied this phenomenon and reached the conclusion that Asian people's hair in general is distinguished with thick straight hair, unlike the curly hair with thinner diameter of other races; this means it can't be loaded properly into the needle of a Choi pen and implanted in the scalp.

This may lead to an inappropriate bend in the follicle, incorrect implant placement, and an excessive trauma for the follicles. Therefore, Choi pen method is not considered appropriate for all patients who want to undergo a hair transplant.

Why is a DHI transplant more suitable for women?

Many patients coming to Clinicana for a hair transplant are in fact women. Hair loss is a big problem for both women and men; however, in the case of women this problem is much bigger. In men, hair falling is mainly caused by a genetic condition in the family, but when hair loss occurs in women, it is usually a sign of a health problem. Therefore, you should react at the slightest signs, because the faster reaction, the greater potential for saving existing hair.

Hair loss in women is mainly caused by hormonal disorders and pregnancy, and it´s also related to breastfeeding. In addition, stress, general lifestyle or experiencing a strong emotional shock are very important factors that may trigger hair loss. Diseases, taking certain medications, and general environmental factors may also provoke hair fall out. Genetics also affects to hair loss in women, but not as much as for men.

The DHI technique is very suitable both for women and for men with longer hair. When using this method, the donor area must be shaved; but as we explained before, contrary to the conventional FUE technique, thanks to the use of the Choi pen we can perform a hair transplant without completely shaving the head, which is a fairly important factor that can help many women to take the decision of getting a hair transplant.

Price of a DHI hair transplant in Turkey

There are a number of reasons for this, including the need of using Choi implanters -which are expensive- or the necessity of a bigger medical team -at least 6 persons- that must be specialized in using this technique as well as Choi pens. Besides, a DHI hair transplant requires more precision and attention than a conventional operation.

However, it´s important to underline that the treatment cost will be determined individually and according to some factors that differ in each patient, including the number of grafts to be transplanted, the characteristics of the donor hair, and the hair loss condition of the patient.

Why get a DHI hair transplant in Turkey?

Before taking a decision to undergo a hair transplant using Choi implanter pan, patients should know that this methods has many advantages but also disadvantages, and that not all people are good candidates for a transplant using this method (especially those of non-Asian descent).

Your doctor will assess you about which method is the best to perform your hair surgery. Turkey is famous all over the world as one of the main destinations for medical tourism, due to the use of the latest techniques and because of having experienced and skilled professionals. Much more affordable prices and costs are also a good reason to choose Turkey.

So, if you are thinking of a DHI hair transplant in Turkey, we recommend you to choose the best clinic and the best medical staff. At Clinicana, we perform not only head hair transplants, but we're also specialized in eyebrows, beard and moustache transplants. You can contact us for a free consultation with no obligations: we will be glad to analyse your hair problems and give you the best solution to solve your hair problems once and for all.

PreviousIs there a relation between male pattern baldness and testosterone? NextTrichotillomania: is there a treatment? 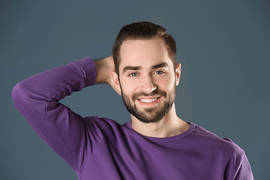 Is a hair transplant permanent? What to expect long-term 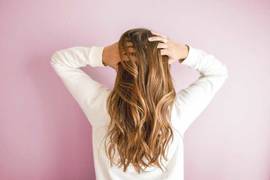 Lupus and alopecia: is there a treatment?
Subscribe our newsletter to stay updated.
You might also read