Are male pattern baldness an testosterone related each other? This is a very common question and actually many people think that they are related; in fact, it´s said that bald men are more "virile" and that baldness is a sign of "masculinity", because the more bald you are the more testosterone you have... But, is this really true?

It´s estimated that about 50% of men are bald when they became 40 years old. The main cause of hair loss, both in men and women, is according to experts the male-pattern hair loss (MPHL), which is believed to be originated by male hormones due to mainly genetic factors. However, contrary to the common belief, testosterone does not cause baldness, despite being part of the problem.

Maybe you´re thinking right now of getting a transplant in Turkey because of the prices of hair in Istanbul; maybe you´re experiencing some hair loss problems and want to find answers... So, do you want to learn more? Then, don´t miss the following.

Is testosterone making you go bald?

We must make it clear that despite the common belief, there is no direct relation between testosterone and male pattern baldness, and that there is no truth in saying that balding men have more testosterone levels. However, we can say that masculine hair loss is indirectly influenced by this hormone. So, what causes male baldness, if not testosterone?

Testosterone is a sex hormone and an anabolic steroid that is present in all mammals, and actually produced by both males in the testicles and females in the ovaries. However, concentration of testosterone in blood is 10 times higher in men than in women, and men produce 20 times more quantity.  In fact, testosterone is key in men in developing male reproductive system and other secondary sexual characteristics.

But it´s important to remark that this hormone is essential for the health of both men and women, and it´s very important to prevent diseases like osteoporosis. The problem is not testosterone itself, but another hormone that derives from it, dihydrotestosterone (DHT), which is produced when testosterone gets combined with the enzyme 5α-reductase type II. DHT is considered as the main cause of male-pattern hair loss in men.

DHT acts directly on the hair follicles, attacking them as if they were foreign matter, causing them to become atrophied and receive less blood irrigation, and therefore less nutrients: in this way, new hair grows increasingly thin and weak, the anagen/growing phase is shortened and hair falls out before, and finally no new hair grows in the affected area.

Is there any relation between baldness and testosterone levels?

Problem begins when testosterone gets to the hair; if there is no trace of the enzyme 5α-reductase, testosterone remains unchanged and there is no effect on the follicles; but if the enzyme is present in the hair, then both are combined and DHT hormone is generated, damaging follicles by weakening the hair and preventing it from growing again. But there has to be a genetic predisposition so that follicles become affected by an increase of DHT levels.

Actually, 95% of baldness conditions in men come from genetics. That´s why current treatments against alopecia seek ways to block or eliminate the 5-alpha-reductase enzyme that generates DHT, recurring to treatments with finasteride or even thinking of using stem cells in a near future.

Be sure that at Clinicana we´ll offer you the best treatments, like we always do. Meanwhile, if you have any doubt about the relation between male pattern baldness and testosterone or about any other issue, please do not hesitate to contact us: we´ll be always glad to help you, and remember that you have a free online consultation service at your disposal, with no obligations.

PreviousDying your hair after a hair transplant... Is it possible? NextHow to disguise thinning hair in females 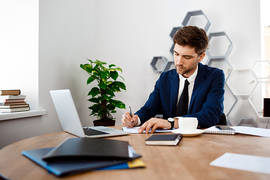 Can I go to work after a hair transplant? 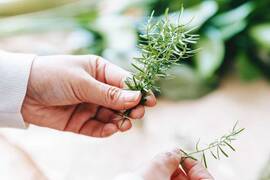 Does rosemary oil for hair growth work?
Subscribe our newsletter to stay updated.
You might also read