Traction alopecia: what is the treatment?

Traction alopecia, although its name may sound even like something a bit strange, is actually one of the most common forms of non-hereditary alopecia, especially among women. In fact, it is a type of hair loss usually related to the use - or abuse - of certain hairstyles, or hair accessories and products, which can lead to a hair loss that can even be permanent.

Many patients who come to our clinic after asking us about the cost of a hair transplant, want to get hair implants precisely after suffering a traction alopecia that has caused them an irreversible hair loss. To avoid this, in this post we are going to explain the causes of this type of alopecia, what are its symptoms, how can it be avoided, and what are the most effective remedies and treatments to make hair grow again.

What is traction alopecia?

So, first of all: what are the causes of traction alopecia? As its name suggests, it occurs when hair is subjected to some kind of force, stretching or tension, for a long time; this can be caused by using very tight hairstyles for a long time, such as pigtails, buns, braids or dreadlocks.

Traction alopecia due to hair extensions is also quite common, as well as because of the use of accessories such as curlers or rubber bands, which tense hair; wearing a helmet, a cap or a hat can also cause inflammation processes at hair roots and finally hair fall. Another cause of traction alopecia is, curiously, too long hair: in certain cases, when hair is very long, its weight may cause tensions in roots that damage hair follicles.

Besides, we must not forget the cases of traction alopecia in men associated with anxiety disorders or compulsive behaviours, such as trichotillomania, in which patient unconsciously pulls hair until it is pulled out. Although hair loss caused by traction alopecia is usually reversible and localised in certain areas, if the cause that damages follicles is not treated, the hair loss becomes irreversible.

There are signs that can warn us that we may be suffering from traction alopecia, or that we may suffer it if we do not take action. For example, one of the first symptoms is the appearance of pimple-like lumps on scalp, which later become infected and end up causing hair loss in areas under tension, mainly on the front and side of the head.

There are also other warning symptoms that can help us detect that we suffer from this type of alopecia, such as:

How can I avoid hair loss?

To avoid traction alopecia, since it often occurs due to the use of very tight hairstyles or accessories that tighten hair, the best thing you can do is to avoid them or - at least - stop using them when any of the symptoms described above appear. The best prevention is to wear your hair loose and in a natural way, and if not, you should not tighten it too much, also avoiding hair ironing and hair extensions (or at least not abusing them).

A general recommendation to avoid traction alopecia is not to use hair extensions or hair irons more than four times a year, even less if your hair is weak. If our hair tangles easily when combing it, it is advisable to use previously products to detangle it, and thus avoid pulling. And if we are going to use braids or dreadlocks, these should be as thick as possible in order to tension hair as less as possible.

At last but not least, a good hair hygiene is absolutely essential, not just to keep our scalp healthy and oxygenated, but also to prevent hair from getting tangled and strained. The question is: once I have this condition, is my traction alopecia permanent? Well, it will depend basically on how early the detection is. If you observe some of the aforementioned symptoms and you get the appropriate treatment in time, damage to follicles will be minimum, and growing hair back after traction alopecia will be possible.

What is the treatment for traction alopecia?

Therefore, can hair grow back from traction alopecia? Is traction alopecia permanent? It depends. If we are facing the first phases of this condition and we have managed to detect it in time, home remedies for traction alopecia may simply require a change of habits, let our hair rest, and not use those hairstyles, treatments or accessories that cause the problem.

If we detect it in time and we put ourselves in the hands of a hair specialist, with some simple cares we can get hair regrowth after traction alopecia, and regain hair density in a short time; problems appear however in the most serious cases, in which follicles have been severely damaged and a process of inflammation and scarring after traction alopecia begins: this is what we call scarring alopecia, which is a process that atrophies follicles, preventing hair from growing again.

In these cases, it is necessary to ask for help to an expert in hair health, who will give us a specific treatment for traction alopecia, both to prevent follicles from scarring and to stimulate hair growth; for example, it is common to use products such as minoxidil against traction alopecia, as a remedy to restore hair density.

We want to underline that, in case of suffering from traction alopecia or having the first symptoms, it is very important to seek the advice of a hair specialist, since if it is not treated in time hair loss can be irreversible, and a hair transplant will be the only solution. Clinicana is the best hair transplant clinic in Istanbul, and we are specialists in all hair treatments. Request your free consultation now, and ask us for a free, no obligation estimate.

PreviousWhen can you go in the sun after hair transplant? NextHow to disguise thinning hair in females 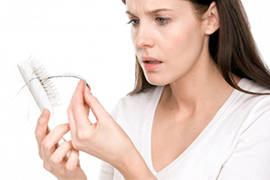 Why does my hair fall out because of a rheumatic disease? 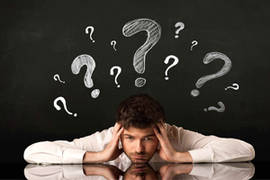 Is hair transplant allowed in Islam? Is it haram or halal?
Subscribe our newsletter to stay updated.
You might also read