Finasteride helps combating hair loss and is one of the FDA approved treatments for this purpose. But, what is finasteride? It´s a prescription medication, sold in 1 mg dose -as finasteride tablets taken orally- in many countries, like the United States. It´s also used as a complementary treatment against hair loss, for example after getting a FUE hair transplant in Turkey.

How long does finasteride take to work?

The most common side effect of finasteride involves decreased sexual drive or low sperm counts in less than 2% of men who use this medication. However, during clinical trials done on finasteride, the same complaints were recorded in people given placebo (water) instead of medication.

Why is finasteride used?

The main purpose of using finasteride is preventing more hair loss and protecting the remaining hair. It has also shown an increase in hair count in more than 60% of the studied cases.However, only 42% of them had a significant improvement.

Finasteride is generally used by younger men trying to stop hair loss, and it is effective for this purpose. It is also commonly used by men suffering from excessive hair loss as a part of supplementary treatment with minoxidil 2% or 5%.

Finasteride: how it works?

Testosterone available in the blood vessels of normal male adults is usually associated with 5-alpha reductase. This interaction produces a stronger male hormone known as dihydrotestosterone. Dihydrotestosterone plays a main role in the healthy development of genital organs during the embryonic stage and the secondary masculinities during puberty.

When a man starts losing his hair, dihydrotestosterone receptors start developing in many hair follicles, which are (genetically) programmed. Of course, this does not happen in all men; it only happens in people who have genetic predisposition, having male pattern hair loss in the family. Male pattern baldness, known as androgenic alopecia, is passed down through genes coming from the mother's side.

Dihydrotestosterone binds to its receptors that are formed in many hair follicles, by considering them foreign bodies in the human body. This chemical change does not only affect hair, but also causes itching and redness. Hair starts deteriorating under the attack of dihydrotestosterone, resulting in unhealthy hair in a matter of years.

What is the finasteride dosage?

The best part of this treatment is that, after using it for one month to know how is it going to be tolerated, you can stop using it without causing harm to yourself if you noticed any problem.

People who have side effects should also know that such side effects might appear in the beginning of treatment, when your body is still adapting with the medication, and they usually disappear after a few months. It is very important for people with liver problems to consult their doctor before starting using finasteride, because it´s metabolized in the liver.

Proper use of finasteride

Finasteride should be taken as tablets, and the daily dose is 1 mg without exception. Many people don´t control their dosage, and sometimes a day may pass without taking the specified dose, or they might take two dosages a day and so on.

However, you should know that using the medicine this way does not do any good to your hair, but causes harm to your body. Finasteride is a medicine that affects hormones directly. Hormones are highly sensitive chemicals working together; therefore, a regular daily dose forms a stable hormonal balance, and insures keeping your body in a good balance.

In summary, despite having some side effects, finasteride can be a good ally in combating your alopecia problems; however, despite the fact that finasteride can stop hair loss and contributes to hair regrowth in many cases, good results can be obtained only with the proper dose and after a medical consultation. As you know, we at Clinicana offer you a free consultation service with no obligation. Just give it a try! 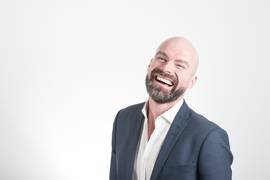 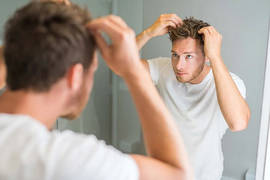