Hair cloning: when will it be available?

Hair cloning is a very promising technique for those people who suffer from aesthetic problems and alopecia due to hair loss, and who dream of the day when they will be able to get a hair transplant operation grafting thousands of their own follicles: not taken from their head or body, but multiplied in a laboratory.

If you are one of those people who are looking for the cost of a hair transplant in Turkey as a possible solution to your baldness problems, you must know that hair cloning is the future... But, is  hair cloning available now? What is this new technique about? Is it reliable? What advantages does it offer? Will this be the end of conventional hair transplants? There are lots of questions about this topic... and we will answer all of them in this article.

First of all, it is important to explain that hair cloning is a therapy that consists - at least theoretically - of using stem cells to produce hair; as you probably know, the main characteristic of stem cells is that they are capable of multiplying and forming other cells with different functions in human body. So, the main goal here is to generate thousands of hair follicles by cloning them from healthy hair cells extracted from our scalp, and use them in a hair transplant.

Once multiplied in a laboratory by cloning, these new follicles would be grafted into the patient in those areas where it is needed, in order to generate new hair. Theoretically, cloning hair would allow the production of an unlimited number of follicles; in addition, hairs not used in the transplant can be frozen and cloned years later when necessary, thus avoiding to carry out additional hair extractions in the future.

Besides, researchers are studying the use of stem cells that would not necessarily have to come from the scalp, but that could be extracted from other less visible areas, such as fat in the abdomen... Let's not forget that a stem cell can generate any type of cell, whatever its origin is. Anyway, this is all theory, since hair cloning is possible... but still not available, for now.

What are the advantages?

However, hair cloning will become a reality one day; once it is available, hair cloning results will offer a number of advantages over current treatments; one of them is that a hair transplant will no longer be limited by healthy follicles present in donor areas (usually the back of the head); in addition, by eliminating the extraction phase in the donor area, the hair transplant operation will be faster and also the subsequent healing process.

Researchers working on this technique believe that it can be the final solution to alopecia, and that it will offer totally permanent results. However, there are also risks about the use of stem cells: for example, there are those who point out that these cells could suffer mutations or errors during the cloning process, and generate cancer cells.

When will hair cloning be available?

When in 2010 researchers from the Technical University of Berlin announced that they had used stem cells to generate new hair follicles in laboratory mice, the news appeared in all the headlines and the authors of the research themselves affirmed that in just 5 years their technique would allow to cure 80% of alopecia cases. Sounds great!

However, after the initial enthusiasm they quickly found several insurmountable obstacles. For example, the follicles created by cloning from stem cells produced weaker hair; furthermore, when trying to reproduce the experiment with human cells, they observed that their regeneration capacity was reduced; and they only managed to clone 1 or 2 follicles from the cells of an extracted hair, but to be efficient enough, the numbers should be at least 1,000.

In 2013, another team from Durham University in the UK tried a new cloning method using subcutaneous cells of the dermal papilla that managed to create thousands of new cells; once grafted, they would reprogram existing cells to produce new, healthy hair. The experiment was successful in mice but again faced several problems, such as pigmentation problems in the new hair.

Although there are still many studies underway on hair cloning, it is still not clear when this will be a reality, although some experts say that in about 10 years hair cloning treatments will have overcome current obstacles and will be viable, at least in laboratory: it may take some time before the technique is available as a treatment for the public. Besides, initially the hair cloning cost will not be affordable for everyone.

The most recent advances in hair cloning include those made in July 2019 by a researcher at a company based in San Diego (California), Stemson Therapeutics, which in a study managed to create new human hair from follicles generated with stem cells that were later grafted into a mouse; the new hair grew correctly and permanently, and regenerated naturally, too. The company announced later plans to start new trials on hair cloning in 2020.

Also in 2019, the Hairclone company launched the world's first hair follicle bank, aimed at store human follicles for later use once hair cloning technique becomes a reality. The goal is to save follicles at an early age and keep them until they are needed, since aging makes follicles degenerate and produce less hair.

The reality is that we still don't know when hair cloning will be possible; and until it arrives, the best solution remains in hair transplants using current top techniques such as FUE or DHI, which offer excellent and natural results. At Clinicana we are specialists in these and other methods to save your hair: just take a look at the reviews on hair transplant in Turkey written by our patients, and see why we are the best-valued clinic. Ask for your free consultation! 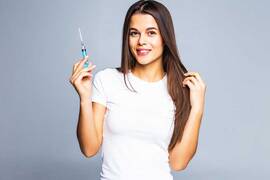 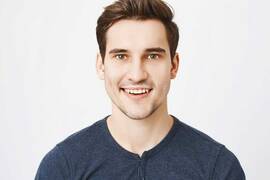 Hair Transplant Shedding Phase: how long does it last?
Subscribe our newsletter to stay updated.
You might also read