Can I use the shemagh scarf after a hair transplant?

Shemagh, also known as keffiyeh, is the characteristic scarf of the Arabs, carrying between its folds signs referring to the identity of the person wearing it, and sometimes his community and affiliation, too.

Arab head cover usually consists of a piece of ornamented cloth, woven of linen or cotton, folded as a triangle that a man puts on his head. It is considered a traditional outfit, and even formal outfit in many Arab countries like the Gulf countries, where some careers require wearing shemagh during official working hours; this is the case of the Saudi shemagh, too.

So, wearing head covering was common among Arab people in the past, but also nowadays; therefore, at Clinicana we receive many questions from clients wondering about the possibility of wearing shemagh, keffiyeh or ghutrah after getting a transplant with FUE in Turkey. In the following lines, we give clear answer to all these questions.

When can I wear shemagh or keffiyeh?

When can I use shemagh? In fact, doctors have various opinions concerning this issue; however, wearing head covers like hats, shemagh and others requires knowing hair growth steps to determine the appropriate time for it.

During the first 10 days after the hair transplant, implanted hair follicles are weak and not stable, they need some time to be settled in the scalp; therefore, during this period nothing can be used to cover the head -including shemagh or hats- except for the medical hat provided by the transplant centre, that protects the head without hurting the implanted follicles.

After 10 days from the hair transplant, the follicles become somehow settled, but they still need more time to be better settled. Some doctors say then that wearing shemagh can be resumed after 10 days, while other doctors prefer waiting until the third week after the hair transplant procedure to ensure more stability and settlement of the implanted follicles, which is considered better.

How to wear shemagh after a hair surgery

First of all, the shemagh should not be tight; one should pay attention to the importance of not pressing down the implanted area. It is preferred for shemagh not to be thick, so that it does not cause the implanted area to sweat during the first two months.

However, as shemagh covers the head, it will protect the growing hair follicles from sunlight and hide the trace of hair transplant procedure and scars in the donor area until they heal.

Anyway, the best that you can do is to consult the specialist doctor following up your condition, so that he/she can evaluate it properly and give you the more appropriate recommendation about your specific case. If you have any question about the use of shemagh, keffiyeh or ghutrah, do not hesitate to ask us directly, and don´t forget that at Clinicana you have a free consultation service at your disposal. 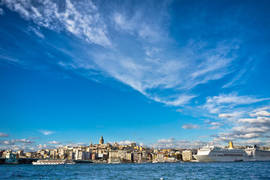 Historical and tourist places in Istanbul 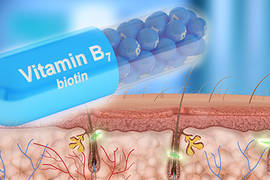 Biotin for hair loss: benefits and side effects
Subscribe our newsletter to stay updated.
You might also read