What does a beard say about a man?

What does a beard say about a man? Beard is undoubtedly one of the most visible parts of male face and can transmit a lot to others, but also it can tell us very much about the personality of the person who has it. Believe it or not, having a beard or not, or what kind of beard it is, has a hidden meaning.

Beards have been in fashion for years; far away are those years when beard was something typical of hippies or indies: today we find them in all professional fields, styles and ages. Beard transplants are also in fashion, and they have very good reviews. Let's see what is behind this beards revival in our current society.

What does a beard symbolize?

Our face is (or at least should be) the first image of ourselves we transmit to others; and in men, beard clearly defines much of that first impression.

Many studies have been carried out on the meaning of beards, on why men use beards, and what that transmits to others; and these are the main conclusions:

Since ancient times, beard has been associated with people of great status and power; emperors, kings and great warriors had beards, and today it is proven that those who have it - and take care of it - convey respect and an image of status and authority to others. Therefore, many men use it to transmit that image about themselves.

Having hair on our faces has always made others see us as a mature, adult person, someone who has passed puberty; even when we are adults, a beard always makes the one having it to appear older than he actually is.

According to some studies, a beard doest not only projects social status and age, but also aggressiveness and strength; in fact, men without a beard normally convey less masculine attributes to women, and they tend to appear less rugged than those who have it: therefore, many men seek to bolster their masculinity through facial hair... Paradoxically, there are studies that show that bearded men are less attractive to women.

Beards can be a sign of strength and rudeness; but they also show a firm personality, character, that we do not care about others' opinion about our physical appearance as long as we feel comfortable with ourselves. Today, many men have a beard to stand out as original persons and to differentiate themselves from others.

What does having a beard say about a man?

Therefore, bearded man can say a lot about themselves just because of being bearded. Once we have seen the different reasons why bearded men have a beard, another question arises: what does each beard style indicates about a man's personality? Well, let's see some examples:

Many men prefer not to wear any beard and to have their facial hair completely shaved, without a trace of hair. This indicates that we are dealing with a very formal person, responsible, neat, attentive to details, and conscientious: hence, many top executives tend to not have any beard... although this is changing, too. In addition, a face without beard conveys a younger and more childish image... something that many women may find very attractive.

This is the typical beard that comes out after a few days without shaving it, although not in all men takes the same time to appear. It conveys a carefree appearance but without projecting a rude or informal image: this is why this beard is typical of people who are a bit careless and carefree; people who like to take care of themselves, but that do not like formalities.

Only few men still wear a moustache nowadays. When used by elders, it usually is a symbol of manhood and virility; however, in young people it can be typical of someone who loves vintage and retro styles, someone eccentric but also with a lot of self-confidence to not care about what others think of him.

Very popular for some years now, this style is still being used although it has fallen into disuse. It is nothing more than a moustache that extends around the mouth to the chin. It is usually typical of people who like to take care of their appearance but that at the same time have certain insecurities that they try to hide: they do not want a full beard, but they do not want to show their naked face as it is.

A short beard, or even a boxed beard - which does not cover the cheekbones and does not extend below the jaw - is an option for many men who like the idea of having a beard, but that don't feel comfortable having a long one. It is one of the most popular styles among bearded men, although it requires a lot of care: so, it is typical of patient and disciplined people, who like to convey seriousness and leadership.

A long beard, or even a hipster one, is the most difficult beard style to get and to maintain, although it has become very fashionable thanks to popular characters in series and movies. It transmits maturity and masculinity, but depending on whether it is a cared style or not it may be typical of someone dishevelled and informal, or - on the contrary - of someone who cares a lot about his image and is constant, patient and meticulous. In both cases it is typical of someone with confidence in himself who does not care about what others think.

In sum, the answer to "What does a beard say about a man?" is that... it says a lot!! If you would like to get a perfect beard, remember that you have the option of a beard transplant. Clinicana is the best hair transplant clinic in Turkey, with medical staff skilled in all types of hair treatments. Ask us for a free online consultation, and we'll provide you a free, no obligation estimate.

PreviousWhat causes autoimmune hair loss? Is there a treatment? NextHow to make your hair look healthy and shiny 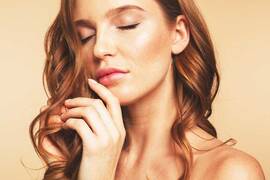 Ronquina, or ron quina: what can it do for my hair? 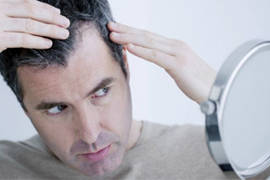