Is baldness inherited from mother or father?

From whom is baldness inherited, from mother or father? When facing the first signs of baldness, this is a question that many men begin to ask themselves, especially if they have a family history of hair loss; in fact, common belief says that baldness is hereditary and that genetics plays a big role when it comes to know if we will end up going bald.

Many people asking for the cost of hair transplant in Turkey actually do it so because they suffer from male-pattern baldness, which is the most common type of baldness and affects 80% of men throughout their lives. So, is alopecia hereditary? Is it inherited from our father, or on the contrary comes from our mothers' DNA? In this article you will find all the answers... and many of them will surprise you.

Male pattern baldness, is inherited? When talking about baldness, it´s important to remember that male-pattern baldness is the most common cause, and this type has indeed a very important hereditary factor. It usually appears at puberty because production of androgens -male sex hormones- is one of its main triggering factors, but not the only one.

Despite the very important role of androgens, the main factor when thinking of how male-pattern baldness starts is the information contained in each person's genes. All men produce androgens, but only those with a genetic predisposition in their genes will become bald. However, it´s important to note that it´s impossible to say if a person will suffer from baldness just by looking at family history.

Besides, experts agree that it´s impossible to know in which degree baldness will affect us, but just know the risk factor taking into account our genetic predisposition; this is because genes do not determine everything: more and more researches suggest that external environmental factors o others such as diet are the ones that may activate or not certain genes (for example those related to baldness).

Regarding the role that stress plays as another triggering factor of male-pattern baldness, latest studies tend to consider it less important than was previously thought; yes, it´s true that stress may cause body to increase its androgen levels (for example Dihydrotestosterone or DHT levels)... But let´s not forget that in the end, it´s genetic predisposition what will determine if it will cause or not a greater hair loss. But, how is male pattern baldness inherited?

Male-pattern baldness is inherited through the mother

How is baldness inherited? Is baldness inherited from mother or father? Traditionally, people have always tended to think that male baldness comes from men: that is, that it's inherited from the father, and therefore that having a bald father or being his father (our grandfather) bald, will mean that we will have the same problem. However, in male-pattern baldness the role of X chromosome must be taken into account.

Why? Because it's the one that contains the gene that codifies androgens receptor. We have already explained the key role that androgens play... and it turns out that the X chromosome is inherited not from our father, but from our mother. Therefore, we can openly say that male baldness is inherited from the mother, since her genetic inheritance will be the most important to determine if we will suffer from alopecia.

A scientific study carried out in 2017 by British researchers at the University of Edinburgh determined that there are 280 genes involved in the baldness process; and actually many of them are on the X chromosome, which men inherit through maternal line.

Given that women also have two X chromosomes (while men only have one), we must conclude that baldness is inherited mainly from our mothers' genes, and forget once and for all the belief that to know whether we will be bald or not we have to look at our father inheritance.

Is there a cure capable of stopping baldness?

Does male-pattern baldness have a solution? In the last years there have been many advances in treatments; it´s still not always possible to make hair regrow again, but in many cases hair loss can be stopped using of medications such as minoxidil or finasteride (Propecia). Some studies indicate that these drugs can trigger side effects such as loss of sex drive; however, this effect only happens in 4% of patients and is just temporary.

In any case, when facing hair loss problems the important question is not to know if baldness is inherited from mother or father, but rather to seek help from a specialist to determine the cause and the best treatment, that often also requires a hair transplant. At Clinicana we have long experience in performing hair transplants, and the trust of thousands of satisfied patients: take a look at the reviews on hair transplant in Turkey, and ask for a free consultation now.

PreviousCan I do sports after a hair transplant? NextHow to make your hair look healthy and shiny 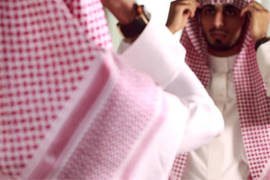 Can I use the shemagh scarf after a hair transplant? 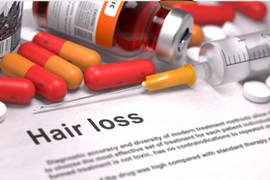 Hair loss research: the future of the hair loss cure
Subscribe our newsletter to stay updated.
You might also read