JAK inhibitor and alopecia: how to stop hair loss

What are jak inhibitors? A JAK inhibitor or Janus kinase inhibitor, is a type of medication that inhibits the activity of one or more of the Janus kinase family of enzymes (JAK1, JAK2, JAK3, TYK2); it’s used in treatments for cases of alopecia, especially in patients suffering from alopecia areata.

Also known as spot baldness, alopecia areata is a condition in which hair is lost from some or all areas of the body. It’is believed to be an autoimmune disease, also having genetic risk factors. Only in a few cases all the hair on the scalp or in the body is lost, but this loss can be permanent. Many hair transplants for women in Turkey are carried out on females with some type of alopecia areata.

But alopecia causes not just an aesthetic problem, but also a psychological condition as many patients lose self-confidence and feel uneasy with their own appearance. However, during the last years several studies have been published about patients with alopecia areata or androgenetic alopecia responding to JAK inhibitors, and experiencing an impressive hair regrowth.

Using JAK inhibitors in a real case of alopecia

One of the most promising cases about the use of a JAK inhibitor for hair loss was reported recently in the United States. A woman who for many years didn´t have hair in her eyebrows and on her head, thanks to a new ointment developed by researchers at Medicine School from Yale has beautiful eyebrows and hair on her scalp again.

The case was published on December 9th at Jama Dermatology medical journal. The patient was 17 years-old and was suffering from spot baldness (alopecia areata), with no more solutions remaining to combat it. The patient had tried several treatments but unsuccessfully.

Professor Dr. Brett King and his co-authors had developed a formula for an oral medicine used for bone marrow problems, ruxolintinib, a JAK inhibitor class medicine that modifies the immune system.

Another oral JAK inhibitor, called tofacitinib, was used previously by the doctor for hair restoration of a male patient with alopecia in 2014, but later it was shown that ruxolintinib also restores hair.

Therefore, doctors decided to use ruxolintinib with the patient, who applied the new lotion for 12 weeks, twice a day. After that time, she had her eyebrows hair fully restored, while her head hair partially increased.

“The results were better than I expected” Dr. King said. “The effects of this cream are as good as the effect of the pills, in the same time of administration”.

This cream is suitable for many people with baldness, even to people who fear of cancer or other infections associated with oral JAK inhibitors, as no side effects have been shown for patients using this product.

“For a common autoimmune disease, this is the first solution which is based on our recent discoveries to show that is handy for millions of people with baldness, and we’ll continue to find treatments for it and for other diseases” said Dr. King. 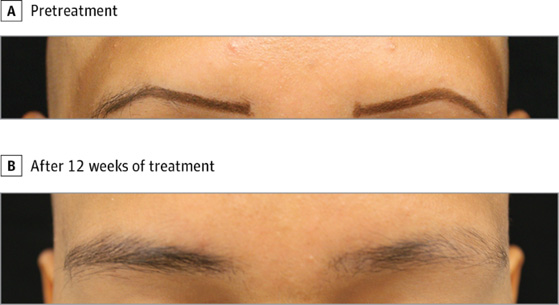 Lastly, while the effects were really bright, is required to carry out further research to decide the efficacy and safety effects of this form to medicine; also, it still hast to be approved by the US Food and Drug Administration (FDA). It can take several years before being placed in pharmacies, because this requires clinical trials on patients and results monitoring.

Anyway, at Clinicana we’re always following the latest developments in the treatment of hair loss, and we’ll keep you informed about the latest studies on the use of JAK inhibitors to combat alopecia.

PreviousMenopause and hair loss: Will my hair grow back? NextHow to repair damaged hair: common causes and treatments 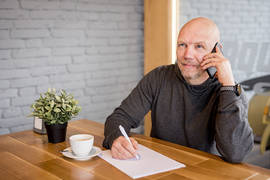 Is baldness inherited from mother or father? 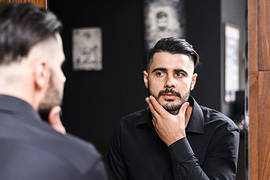 How long do the results of a hair transplant last?
Subscribe our newsletter to stay updated.
You might also read