Premature Graying, What Is It and What Causes It?

Therefore, graying is considered premature when it starts in the twenties for whites, and before thirties in African-Americans. In general, by the age of 50, the amount of gray hair is significant in 50% of people; men have more gray hair than women, and Asians and Africans have less gray hair than Caucasian people.

So, what determines hair colour, and what causes graying?

The difference in their ratio may result in a significant number of colours; however, siblings often have similar hair colour. Hair turns gray when the colour producing cells stop producing pigment.

However, graying itself doesn’t mean that you have a medical problem, except in some rare cases. Unlike the common belief, there's no evidence that stress, diet and lifestyle have anything to do with graying at all. Scientists didn't identify the cause of premature graying, but genes certainly play a big role in that, as identical twins get gray hair at the same time as well.

What medical conditions may cause graying?

Some autoimmune diseases like vitiligo and ringworm, cause damage to melanin pigment and subsequently gray hair. However, those cases are not very common and they only explain a small proportion of graying.

In addition, vitamin B12 deficiency and thyroid gland problems may cause premature graying; however, the symptoms of graying in the last case are reversible, and the problem can be solved.

Some researchers had previously suggested even a connection between premature graying and lower bone density; but a study was done in California in 2007 among 1,200 women and men, showing that there is no such connection. Bone density is linked to activity level, weight and height, and it has nothing to do with hair neither controls its colour.

What solutions do I have to hide my gray hair?

There are many options to hide gray hair, including:

We have seen that premature graying causes can be very different depending on the person, medical conditions and also genetics. Usually graying processes can be easily solved or just hidden with some products. At Clinicana we have the finest solutions for this and many other hair problems you may experience; we are also the best valued hair clinic in Turkey: just check our Hair Transplant in Turkey: Reviews section... and don´t miss our free consultation service!

PreviousMedications that cause hair loss: do you know them all? NextHow to make your hair look healthy and shiny 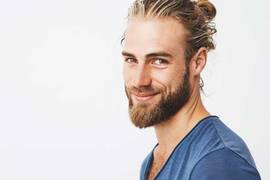 Beard dandruff: how to stop it 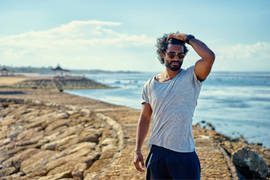