Does shaving make hair grow ticker, or even faster?

Does shaving make hair grow ticker? This is a very common believe among many people, but also a baseless one. When we remove unwanted hair –for example from the leg- using razor blades, we stretch the skin so that the blade can shave the hair. You may think that shaving makes hair grow back thicker and darker, rising into life again like a phoenix... But this is not true.

Amy McMichael, chair of the Department of Dermatology at Wake Forest Baptist Health (North Carolina, USA), confirms that there is no science fact behind this asseveration, but people pass on this myth because they are not good observers. When a boy shaves his moustache and it grows back thicker, it coincides with the effect of natural hormones in his body, which increase hair growth during puberty, so shaving is not the cause.

Continues shaving and over shaving can make your hair grow back thicker, but this is only in appearance and for a short term. The end of the hair looks like the tapered tip of the pencil, so when the razor cuts it, the thick remaining part of the hair will appear darker.

Also, those short hairs left after shaving their tips will appear very near to their follicles, thus appearing thick, but not because of any real change in the regrowth of the hair after shaving it. The tip of the hair that you cut off will grow again and look tapered again. Here, we should point out that in some rare cases, removing hair from the roots by waxing makes it grow from other follicles.

The answer is no. Shaving hair doesn't change its thickness, colour or rate of growth. The medical literature has tackled this issue, and compared between natural hair growth and hair regrowth after shaving. In 1928, a study was done on four men who shaved their beards using razor blades and moisturizer at a constant temperature.

After following up with them, the researchers found that there is no scientific evidence that shaving accelerates the growth of the beard; nor even after a beard transplant.

Also, in a recent study done on five white men to check whether the hair growth multiplies after repeated shaving, each volunteer shaved one leg weekly for a month, and left the hair on the other leg to grow naturally. The result was that there is no difference between the two legs in terms of thickness, coarseness or growth rate.

The dermatologist Melanie Grossman says that women shave their legs constantly, and if the hair grew thicker and darker, they would look like gorillas. Amy McMichael adds that we would never care anymore about hair loss in our head if the hair would grow again thicker.

Ending the myth: shaving does not make hair thicker

Hair waxing is similar, whereas hair doesn't grow thicker after removing it from the roots. We should not forget the genetic and hormonal influence on hair growth. The surrounding environment plays a role as well. Amy McMichael notes that if you pinch an area of your skin roughly, it will become rough and coarse, so the hair may look thicker, and the nerves may get thicker, as well as everything else in that area.

There's another factor that may explain why the hair appears thick when it grows back after shaving it, and it's because it's not been exposed to tanning factors and the sun, therefore it looks thick and dark under the light.

As you have can see, the answer to the question “Does shaving make hair grow ticker?” is a loud and clear “No”. There is no scientific evidence proving it, and researchers have done some trials that deny the authenticity of this saying and confirm that if sometimes hair grows back thicker, it´s by mere coincidence. So, let's stop this myth from spreading out and passing down to the following generations. 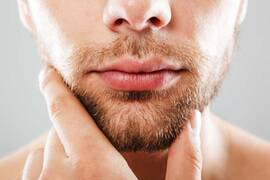 How to fix a patchy beard 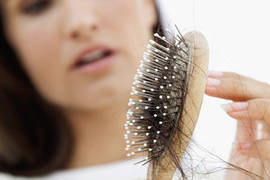 What does your hair say about your health?
Subscribe our newsletter to stay updated.
You might also read