The epicranial aponeurosis (or galea aponeurotica), also called aponeurosis epicranialis, is part of the muscles and tissues that shape our head. It is a tissue that connects the frontal and occipital region of our head, and plays an important role in hair care since it is, in fact, part of the scalp structure: indeed, galea aponeurotica is related to hair loss in some way, since the network of blood vessels that feed hair follicles, goes through it.

Although hair implants have become very popular, thanks to the affordable price of a hair transplant and new methods such as the FUE technique, there are certain cases where additional surgery is necessary in which techniques such as galeatomy, which precisely intervenes on the galea aponeurotica to prevent baldness, are used. So, what is a galeatomy, and when is it necessary? What is the epicranial aponeurosis, and what function does it have in our body? Why is it important to preserve our hair? Let's learn more in this article.

What is the epicranial aponeurosis?

So, what is the epicranial aponeurosis, also called galea aponeurotica? The scalp can be divided into five layers, which from outermost to innermost can be listed using precisely the acronym SCALP, as it follows: Skin, Connective tissue, Aponeurosis, Loose connective tissue and Pericranium. This last one is the deepest layer of the tissue that covers the head, being attached to the outside part of the skull bone.

Sometimes, the frontal and occipital muscles are called as one: the occipitofrontalis muscle. Within this muscle, the galea aponeurotica or galea aponeurotica is a tight tissue that connects both ends covering the pericranium, which we have just mentioned before.

What is the function of the galea aponeurotica?

As we just explained, the epicranial aponeurosis function is to connect the frontal and occipital belly of the occipitofrontal muscle (or connect the frontalis and occipitalis muscles, if they are considered separately). This muscle (or muscles) plays a very important role so that human beings can acquire different facial expressions, being essential in - for example - movements such as wrinkling the forehead, arching the eyebrows, etc.

In addition, the aponeurotic galea constitutes the most firm and resistant tissue of the entire scalp, and tightens it: hence, unlike the skin of any other part of our body, the skin of the scalp always shows a great tension that makes impossible to pinch it; indeed, it has a much lower elasticity than other areas such as the abdomen, the arms, etc.

The galea aponeurotica also has another peculiarity: it is a thin but highly vascularised tissue (that is why when a wound occurs in this area, it bleeds a lot): all that blood under galea aponeurotica provides nutrients to the scalp and hair follicles.

Some experts believe that epicranial aponeurosis tightness can lead to poor irrigation of follicles, finally causing hair to weaken and fall out. In these cases, certain studies affirm that a galeatomy can help patients with hair problems.

It is a relatively simple procedure that only requires local anaesthesia, and that usually takes just about an hour. This intervention increases scalp elasticity: in this way, blood flow is enhanced, also making sebaceous glands to reduce its function (thus preventing oily scalp).

Therefore, by getting a galeatomy, scalp follicles receive a greater supply of oxygen, nutrients, vitamins and trace elements, thus stimulating the growth of new hair, which besides grows healthier and stronger. Note that this a surgical operation that is compatible - and even complementary - with other treatments against hair loss, such as vitamin supplements, minoxidil, Finasteride, mesotherapy, PRP (Platelet Rich Plasma)... and even hair transplants.

Do not forget that alopecia is triggered by multiple causes, and that in most cases it is originated by genetic factors that predispose hair's sensitivity to the action of DHT hormone (derived from testosterone). Therefore, a galeatomy alone cannot stop inherited baldness: it only stimulates and strengthens those follicles that are still healthy, but cannot make hair to grow back in those that are already atrophied.

In any case, it is important to know the key role that the epicranial aponeurosis or galea aponeurotica plays in scalp health and, therefore, in hair health. Our recommendation is that, if you detect any problem with your hair, you should always consult a specialist as soon as possible. Clinicana is the best hair transplant clinic in Turkey, and we are specialised in all hair treatments: request a free consultation, and ask for a free, no obligation estimate for your treatment.

PreviousWhat causes excessive sweating of the head and face? 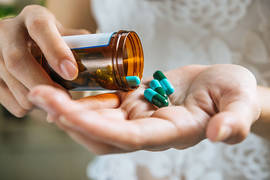 Benefits of zinc for hair 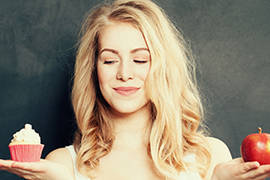 What is the best food and diet for hair loss?
Subscribe our newsletter to stay updated.
You might also read