Historical and tourist places in Istanbul

Historical and tourist places in Istanbul have made this Turkish city one of the tourism capitals of the world. In fact Istanbul is a living history itself with its historical walls, mosques, palaces and museums. You don’t need to go too far to be able to witness its history and feel that this was the capital of three big empires (Romans, Byzantines and Ottomans).

When should I visit these tourist places in Istanbul?

You can visit the historical sites listed below before a hair transplant operation in Istanbul. Besides, you can also enjoy the famous Turkish baths (Cemberlitas, Hürrem Sultan Bath, GS historical Bath...), and have peeling, sauna and massage. But please, don´t forget that bathing, sauna and pool are not recommended for 1 month after your hair transplant surgery.

You should have a good rest before the day of your transplant operation, so we recommend you to stay away from entertainment centres, pubs, discos, and so on. Also, alcohol use is completely prohibited before the operation, and you are advised to reduce smoking and tobacco products as much as possible before your surgery to get optimal results.

Therefore, our doctors at Clinicana advice you to visit Istanbul and its main monuments before or after your operation, and only recommend to rest on the day of the surgery and not to leave your hotel to avoid the risk of edema (swollen face). However, the day after your transplant there is no problem if you go around the city to do some sightseeing, if you do not sweat too much.

Below are the main places that you should´t miss if you come to Istanbul for a hair transplant. The magnificent Topkapı Palace is one of the most important historical places in Istanbul, and something that should absolutely be seen. Built by Sultan Mehmet the Conqueror in 1459 (just 6 years after the conquest of Constantinople), the palace was the main centre of the Ottoman rule and it was here where sultans lived and governed the state for 400 years.

It was originally called the "New Palace" (Yeni Saray in Turkish, or Saray-ı Cedîd-i Âmire in Ottoman) to distinguish it from the old Byzantine palace, and it was in the 19th century when it was given its present name of Topkapı, meaning Cannon (top) Gate (kapı). Topkapı Palace lost much of its function when in 1856 Sultan Abdulmecit decided to move the court to the newly built Dolmabahçe Palace, placed next to the Bosphorus.

It was in fact Abdulmecit who opened the palace for visits; in the present day Topkapı is one of the most visited museums of Turkey thanks to places like the Imperial Treasury, the Palace Kitchens, the Audience Chamber, the magnificent gardens or the Harem. Hagia Sophia is one of the most beautiful places you can visit all around the world, according to most of travel websites. It was built by the Roman Emperor Justinian in AD 537, being the world's largest building and an engineering marvel of its time. It used a so advanced architecture technology, that the Ottoman mosques that used the same construction techniques wouldn't be built until almost 1,000 years later.

It was built like a Christian basilica and its name means in Greek "Holy Wisdom". After the conquest of the city by the Ottomans in 1453 it was converted into a mosque, and kept this function until the proclamation of the Turkish Republic, when Atatürk closed the building and reopened it in 1935 as a museum. Today Hagia Sopha (Ayasofya, in Turkish) is still one of the most visited museums not only in Istanbul, but in all Turkey, and a place that will amaze you. Placed only a few metres away from Hagia Sophia, the Basilica Cistern is a places that deserves a visit because of its beauty and the many legends around it. This magnificent place has also been the filming location of many famous films, like James Bond's film "From Russia with Love" or most recently Tom Hank's "Inferno".

The Basilica Cistern received its name because during the Roman era there was a big basilica (a Roman building for multiple public uses) on the surface over it; but in fact it´s an enormous subterranean cistern containing a forest of 336 marble columns rising in the water. It was built in the 4th century by Roman Emperor Constantinus -who founded Constantinople- and later rebuilt by Emperor Justinianus.

It´s said that near 7,000 slaves worked on its construction. I was used to store and meet the Emperor's palace water needs, and continued with this function during the Ottoman rule of the city and until almost our days. Before it was only accessible by boat, but in 1985 platforms were built throughout to replace the boats once used to tour the cistern. At the present time is one of the most popular tourist places in Istanbul. The Maiden´s Tower, also known as Leander's Tower since medieval times, is a tower located on a small island around in the Bosphorus. There are many legends and narrations telling about the origin of this tower.

Actually it was in 1110 when Byzantine Emperor Alexius Comnenus built a wooden tower protected by a stone wall on this small island, connected to the Asiatic shore through a defence wall -still visible today under the water- to control the ship traffic along the Bosphorus Strait. In 1453, when Ottoman armies besieged Constantinople, the tower played an important role in the last defence of the city, and it kept this role during the Ottoman rule.

The tower however was destroyed during a great earthquake in 1509, and later suffered a fire in 1721; after that it was rebuilt but was since then as a lighthouse. It was restored again in 1998 for James Bond's movie "The World Is Not Enough". Nowadays it has been converted into a cafe and restaurant, and it´s a good place to have a romantic dinner with your partner. There are private boats connecting the tower with the main city several times a day. The Grand Bazaar in Istanbul is located in the historical centre of the city. It´s one of the largest and oldest covered markets in the world. The construction of the Grand Bazaar started in 1455 short after the conquest of Constantinople over the remains of an old and smaller Byzantine market, and was initially devoted to the trading of textiles, jewels and other luxury products.

During the following centuries the original bazaar (market) was several times amplified until it achieved its final shape in the 17th century, when it already had become the hub of the Mediterranean trade. It was destroyed several times by earthquakes and fires, and rebuilt again. Nowadays, with its 61 covered streets and more than 4,000 shops on a total area of 30,700 m2, the Grand Bazaar attracts near half a million of visitors every day. Located in the Beşiktaş district of Istanbul, the Dolmabahçe Palace was built between the years 1843 and 1856 by the prestigious family of Armenian Ottoman architects Balyan, with the objective of being the new official residence of Ottoman sultans as a substitution for the old Topkapı Palace.

It was home to six sultans from 1856 until the abolition of the Caliphate in 1924 after the proclamation of the Turkish Republic; then it was the official residence of Mustafa Kemal Atatürk -the first president of Turkey- during his visits to Istanbul, and also a summer residence to escape from the harsh weather in the capital, Ankara. It was in fact in this palace where Atatürk died in 1938. The Galata Tower is one of the most important historical monuments in Istanbul, and also it is one of the oldest towers in the world. Located in the Galata/Karaköy quarter of the city, the tower was built in 1348 by the Genoese colony in Constantinople -who named it Christea Turris (Tower of Christ)- as a replace for an older Byzantine tower that was largely destroyed during the 4th Crusade, when crusaders plundered and ruined Constantinople.

According to the Ottoman historian and traveler Evliya Çelebi, it was from here when in 1638 Hezarfen Ahmet Çelebi flew crossing the Bosphorus nearly six kilometres away to Üsküdar (in the Asian side of the strait) wearing eagle artificial wings on his back, being the first flying man in history. Today the Galata Tower still dominates the old skyline of Istanbul and is visited by thousands of tourists, offering an unique panoramic view of the city. The Spice Bazaar, called Mısır Çarşısı or Egyptian Bazaar in Turkish, is located in the quarter of Eminönü, next to the so called New Mosque (Yeni Camii). Recently restored, it is the most famous covered market in Istanbul after the Grand Bazaar. In fact it was in origin part of the complex (külliye) built with the New Mosque, so that the revenues obtained from the rented shops in the bazaar could be used to upkeep the mosque.

Actually its original name when its construction was ordered in 1660 was also "New Bazaar", but soon became "Egyptian Bazaar" because it was built with the revenues coming from Egypt, back then part of the Ottoman Empire (in Turkish, Mısır means both corn and Egypt). The Spice Bazaar contains 85 shops and has always been -and still is- the centre of the spice trade in Istanbul, but you can also find Turkish delights, jewellery and many other products. Despite its real name being Sultan Ahmed Mosque (Sultan Ahmet Camii, in Turkish), this iconic mosque located in front of Hagia Sophia is commonly called the Blue Mosque because its decoration inside is lined with more than 20,000 handmade ceramic tiles made in İznik (the ancient Nicea) and painted in blue colour.

Its construction was ordered in 1609 by the Sultan Ahmet I after the peace treaty with the Habsburg Monarchy. It was built over the foundations of the old Grand Palace of the Roman and Byzantine emperors, and is considered to be the last great mosque of the classical period. It has five main domes, six minarets and eight secondary domes, and today it continues operating as a mosque but at the same time is one of the most tourist places in Istanbul.

As we have shown you, Istanbul is not only the world´s capital of hair treatments due to the affordable price of a hair transplant in Turkey and the good quality of the health services in this country; but also a very interesting place for history lovers and tourists wishing to know and feel in first person the only city in the world placed between two continents. So, you can recover your hair and tour the city in the same visit!!

But when you come to Istanbul for a hair implant, price is not the only important thing, but results. Clinicana is located in one of the most new and modern hospitals in Turkey, placed in Taksim, at the very heart of Istanbul; our medical team has also a long experience in hair treatments and surgeries, so we can provide you the best results after your operation.

Simply take a look at our Hair Transplant in Turkey: Reviews section, and check out by yourself why we are the best valued clinic for hair transplants. You can come and visit the historical and tourist places in Istanbul, and go back home with the hair you have always dreamed off. Don´t miss this opportunity, and try our online consultation service. It´s totally free!! 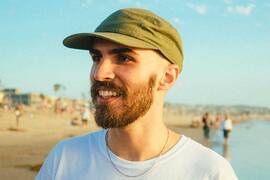 Wearing cap after hair transplant: when and how 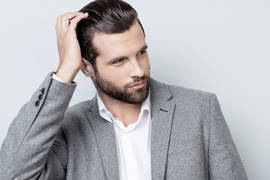