Lichen planus is a pathology that, although relatively little known, affects many people; when it affects scalp, lichen planus causes inflammation or irritation on scalp, which ends up affecting hair health and may even cause irreversible hair loss.

Several patients have contacted our clinic asking for the cost of a hair transplant because they suffer from this disease; and knowing symptoms and making a proper diagnosis in time, is vital to avoid damage to hair. What are the causes of lichen planus? Is it a contagious disease? How does it affect hair? Can it be cured? What´s the treatment? In this article we are going to answer all the usual queries about this pathology.

What is lichen planopilaris?

Although any people can suffer from lichen planopilaris, it usually appears mainly among women between 40 and 50 years old. It can also affect any part of the scalp, but it usually manifests itself in the frontal and occipital areas. It is a chronic ailment that appears in phases, with stages in which the inflammation disappears and others in which the swelling returns, accompanied by itching and hair loss.

It should be noted that, in most cases, lichen planopilaris on scalp presents mild to moderate symptoms, that can be controlled from home with medication; however, in the most serious cases, inflammation of scalp ends up generating a process of scarring alopecia, which produces irreversible hair loss.

Besides, there are two types of lichen planus on scalp: one is frontal fibrosing alopecia, and the other is the so-called Graham-Little Piccardi Lassueur Syndrome, which is characterised by causing a progressive scarring alopecia on scalp. As in the case of classic follicular lichen planus, both pathologies occur more in women, although there are more and more cases among men.

The causes of lichen planus, as we already mentioned before, are still not well known by the scientific community; it is known to be an autoimmune disease, since it manifests itself when patient's immune system attacks cells in skin or in mucous membranes: but what triggers this immune response in the body, is actually unknown.

However, there are studies that link this disease to stress or to certain psycho-emotional processes. As for how lichen planus is transmitted, and although some people believe that lichen planus is contagious, it is a disease that - as we said before - does not have a human-to-human transmission, but is a reaction of our own immune system.

Besides stress, other triggering factors of lichen planus - and of lichen planus pilaris - have also been discovered by scientists, such as the use of painkillers, or medications for heart diseases, hypertension or arthritis. The hepatitis C virus, certain vaccines such as the flu shot, as well as some chemicals and metals and genetic factors, may also cause the immune response caused by lichen planus.

What are the symptoms of lichen planus?

Since early detection is essential to prevent the progression of this pathology, it is important to talk about some lichen planus symptoms that may indicate that we are suffering from some type of lichen planus, including lichen planopilaris. The most common symptomatology in follicular lichen planus begins with an itchy scalp that lasts for several months.

Other common symptoms of lichen planopilaris include the appearance of inflammation around follicles, as well as follicular hyperkeratosis (small and irregular white scales around follicles). Other symptoms are: pain that accompanies itchiness, flaking skin, discoloration or spots on scalp, appearance of red blisters that break up into scabs... and of course hair loss.

What is the best treatment for lichen planus?

So, how is lichen planopilaris cured? Being an autoimmune disease, any lichen planus treatment is only palliative and focus on how to stop lichen planus from spreading and how to mitigate symptoms; in the case of follicular lichen planus, the main objective is, besides, avoid damage to follicles so that it may cause irreversible alopecia. Thus, an examination and a biopsy by a specialist in dermatology or trichology, are essential to detect the pathology in time and provide a correct prescription against symptoms.

Luckily, there have been some advances in the treatment of lichen planus in recent years, making possible to reduce inflammation episodes and alleviate symptoms; medication, always under medical supervision, usually consists of the application of corticosteroids orally or topically, as well as antibiotics or antihistamines.

In those cases when the disease has already caused damage to follicles, causing irreversible hair loss, the option of getting a hair transplant may be considered if doctors advise it, but only once the disease is under control: that is, without episodes of inflammation, and with hair loss stopped. It must be taken into account that, if the disease reappears, the transplanted hair could also be lost.

In any case, performing hair implants in patients with follicular lichen planus should always be done by a trustworthy clinic, whose medical personnel has the necessary experience in this type of cases. Clinicana is the best hair transplant clinic in Turkey: we use the most advanced techniques, and we are experts in all hair treatments. Request your free consultation now, and ask us for a free, no obligation estimate.

PreviousTraction alopecia: what is the treatment? NextHow to make your hair look healthy and shiny 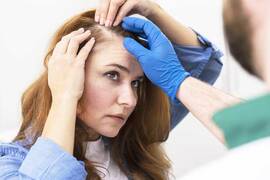 Male pattern baldness in women: what is the treatment? 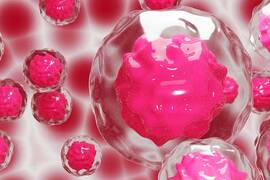 Stem cell research for hair growth: a cure for alopecia is near
Subscribe our newsletter to stay updated.
You might also read